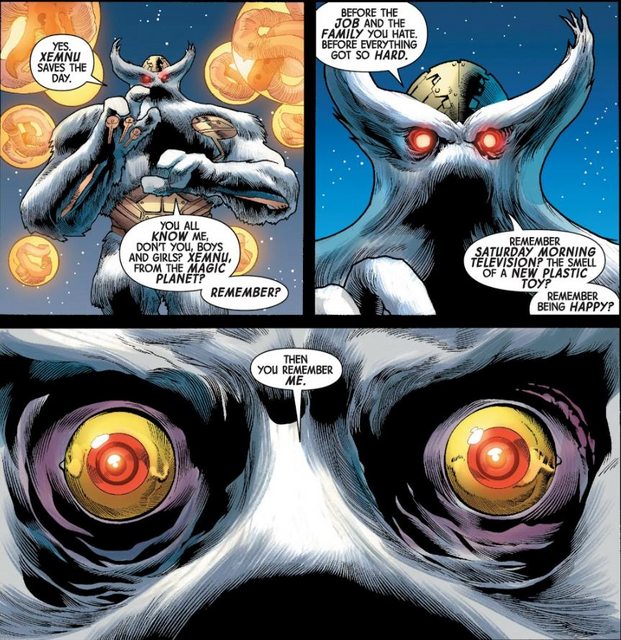 I have a task for you, /toon/. I want you to pick 6 different superheroes (heroes or antiheroes, but not people that are usually the enemy, like Norman, Skull, Thanos or Doom) and change them permanently, in different ways. Select 1 way for 1 of each of the 6 you will choose.

1.Permanent erasure. Character never gets brought up again. No in story mention as to why. No one misses them, no one looks for them. Whatever relevance they had to other characters' characterization gets ignored forever.
2.Killed off for good. Self explanatory. Will happen in story, but nothing major like death of Superman. They get killed and the world moves on.
3.Reduced to tiny background character. Frogman levels of tiny. Might show up in an odd team book as a tertiary character, but that's it.
4.Tonal shift. Did they have happy, easy going adventures? They become grim. Did they have serious stories? They become a joke. Their competence also changes.
5. Essence shift. What they were (human, inhuman, mutant, eternal, etc) changes for good. Where they belong changes. Their sexuality could also change. Even their race, or sex if you feel like it. Total revamp.
6.Permanently turned into a villain. And not the "I did what I had to do" edgy antihero villain type. The type the good guys are supposed to beat up for the audience to cheer.

Choose your 6 superheroes and 1 distinct fate for each. Change 616 forever. I'm counting on you.