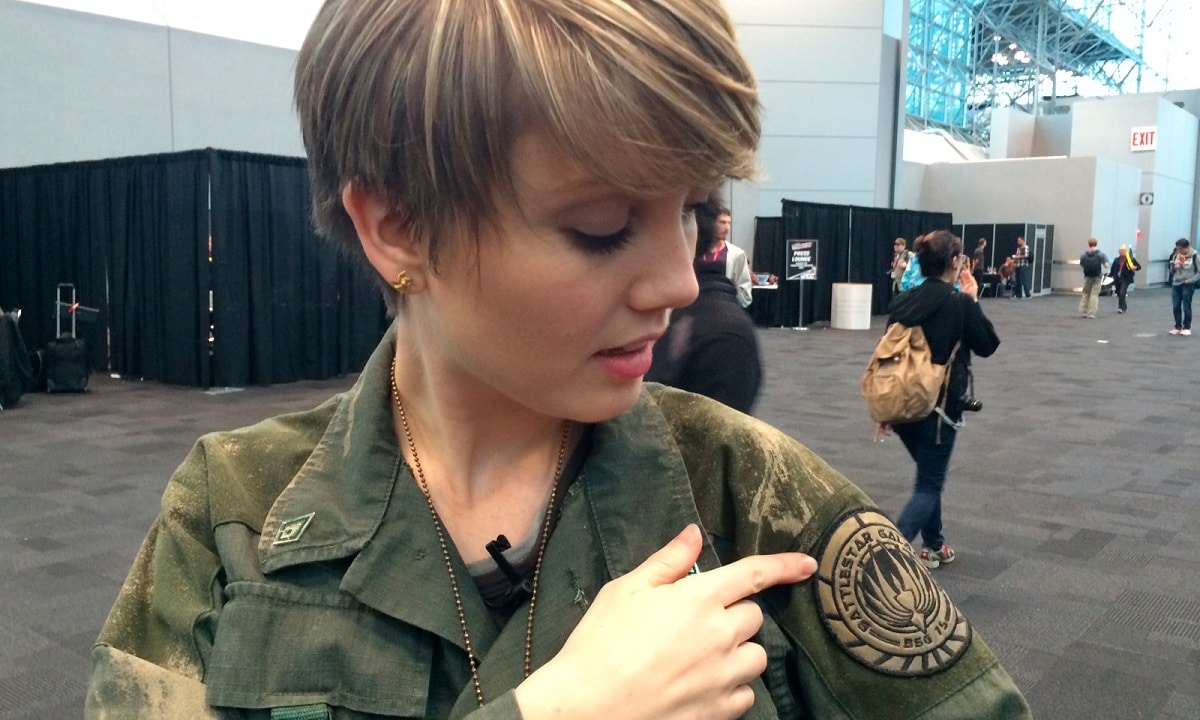 Canadian actress Nicki Clyne, who was one of the main characters in the sci-fi TV series Battlestar Galactica, is embroiled in a celebrity sex cult called NXIVM alongside other young female celebrities.

Ostensibly a “multi-level marketing company,” allegations that NXIVM is a cult surfaced in an explosive report on the New York Times in October 2017, detailing a secretive subsect of the company called DOS, in which women are branded near their genitalia. Women who joined the group were given the impression that the sisterhood was created to empower women.

DOS supposedly stands for “dominus obsequious sororium,” which is Latin for “master over the slave women.” Women were ultimately branded, and allegedly subjected to sexual abuse.

According to the New York Times report, women who wished to gain admission to the celebrity sex cult were required to give their “master” nude photographs and other compromising material to prove their trust in the sisterhood.

The organization was further exposed in a 20/20 feature, which included interviews with many former NXIVM members who alleged that they were victims of financial and sexual predation by NXIVM leaders. The mother of actress India Oxenberg told the journalists that she feared for her daughter’s life.

In November, Smallville actress Allison Mack was revealed to be a recruiter of the group, and second in command to its founder, Keith Raniere. The Daily Mail reported that Mack has several slaves of her own, who are then ordered to recruit other slaves as part of the pyramid scheme.

It emerged in late December that Nicki Clyne, who played Cally Henderson Tyrol on Battlestar Galactica, was one of the many women whose nude photographs were found in a stash of pornographic images viewed by The Sun. The pictures were allegedly used as blackmail to prevent women from leaving the group.

Clyne reportedly joined NXIVM in 2006, having been recruited in Vancouver. According to sources close to the actress, she was persuaded by Raniere to quit acting and become a recruiter for NXIVM and further their mission to “help transform and, ultimately, be an expression of the noble civilization of humans,” according to the group’s website.

Other victims of the sex cult include Seagram heiresses Sara and Clare Bronfman, who gave as much as $150 million of their fortune to Raniere’s organization, according to Vanity Fair.

The Justice Department and the FBI have started an investigation into NXIVM following the reports, according to former members who were contacted by law enforcement.

The New York Times reported in late December that Governor Cuomo of New York is expected to recommend changes in how state regulators review complaints against doctors, following claims that health department officials refused to act on complaints lodged against two doctors affiliated with NXIVM, one of whom used a surgical device to brand women.