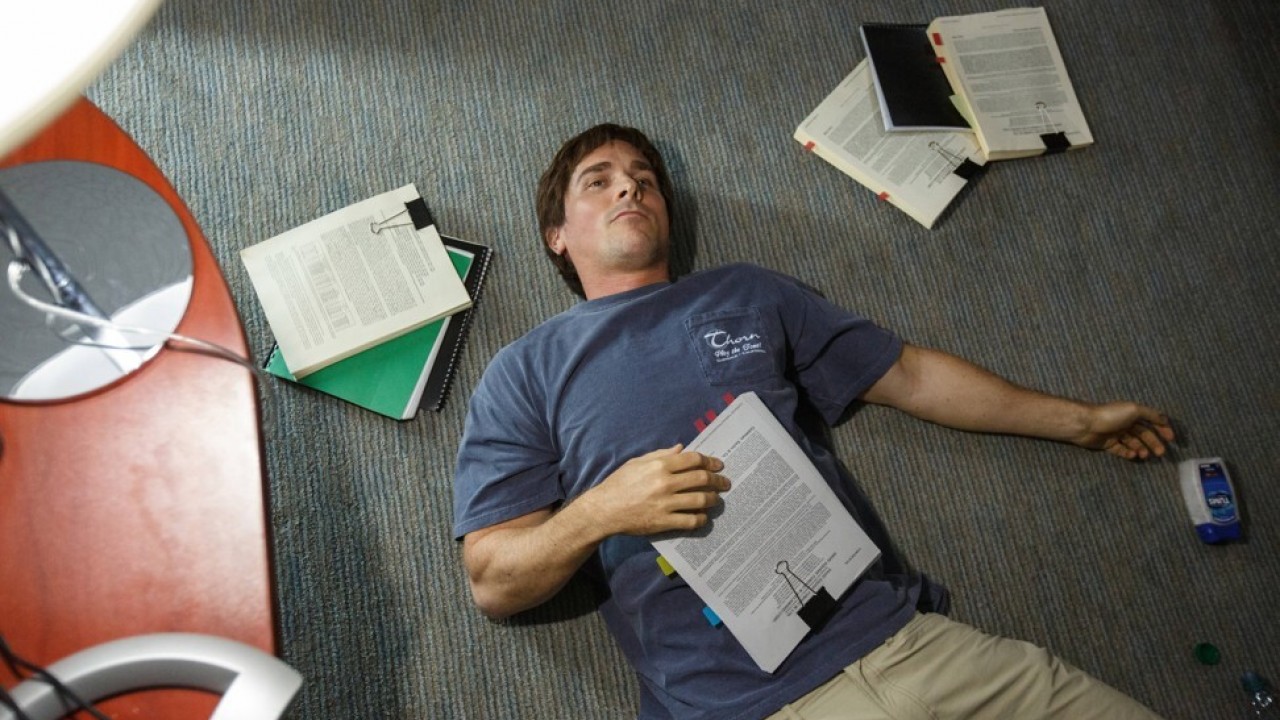 There is nothing like a good celebrity meltdown to remind us that Hollyweirdos are people just like us, and not much like the Disneyfied PC golems constructed by their teams of branding professionals. Every second of drain-circling mental derangement caught on tape nevertheless feeds our communal tulpa made of pure schadenfreude that will one day smash the beast 666 and release those poor pizza kids.

South Park had different, but almost as satisfactory, ideas in their famous Hollywood sacrifice episode:

So we have collected the best of celebrity meltdowns caught on tape and listed them here for your edification. If you're at work wearing headphones, remember to check that volume. These guys are angry, profane, angry human beings.

Did we leave out any good ones? Let us know in the comments.

Christian Bale freaks out on his DoP

Wherein Christian Bale was famously caught on tape savaging Terminator Salvation's "unprofessional" Director of Photography Shane Hulbert. After a leaker titillated the world with the audio of the event (subtitle version here) -- this got memetically remixed all kinds of ways -- a video version was later uploaded to youtube.

There is too much and too many twists and turns to this Amber Heard/Johnny Depp story to go into here. Just enjoy a drunk pirate getting made a fool to the entire world.

Soccer player Eric Cantona boots a fan in the face

Overseas irrelevance-folks may remember when, in 1995, Eric Cantona just straight up booted a fan in the face. Why did I include it here? Historical significance. He was the cause of a torrent of celebrity temper tantrums the likes of which wasn't seen again until Trump came down that elevator.

A muffled (face diaper) Tom Cruise can be heard yelling expletives at two peasants who stood less than 6 feet apart (in front of a production computer!) while shooting Mission: Impossible 7. This is the second meltdown included more for its historical significance, as all the other celebrities rushed to agree with and support Tom. Also the second Scientology related video on this list.

The media somehow managed to turn this into Mel being the bad guy and not the manipulative bitch who secretly recorded him while goading and provoking him. But his rants are so entertaining they absolutely deserve an entry on this list.

Charlie Sheen's drug problems (WINNING amounts of coke, among other things) has been a matter of public record since the 90s, and his TV interviews around the same time as this famous "winning" clip are similar tirades full of tiger blood and delusion. Still, this is the video that cost him his high-paying job in Two and a Half Men.

Alec Baldwin's voicemail to his 11yo daughter

Alec Baldwin, founding member of the Film Actors Guild (FAG), used his acting skills for bad rather than good as the FAGster dropped this doozy into his 11-year-old daughter's voicemail. That said, the toughest money decision she will ever face in her life will be which exotic animals to go with in the zoo on her superyacht. Hard to conjure a heck of a lot of sympathy.

Just days after the head shave heard 'round the world, Britney spears went to Kevin Federline's house and rang the bell at his gate three times -- to no answer. What happened next inspired the South Park episode in the intro (clip already posted) and the fantastic psychoflic Nightcrawler (2014).

Was Will Ferrell watching this guy when going through a comedy drought? Here Bill is the embodiment of the douche-bag news anchor we all love and know. Eminently quotable -- both the movies and the meltdown.

I Heart Huckabees (2004) and American Hustle (2013) director David. O. Russell is either not a very calm dude or that actress is a witch scraping away layers of his sanity until he finally popped. We're gonna remain on the default and side with the director over the thespian. Her satisfied snicker as he goes off doesn't help her case.

Bjork stands out simply by ho

w volatile she is as a baseline. One minute it's moochie moochie adorable quirkie foreigner from magical enchanted island and the next she's clawing your face off on the ground. It's hard to be mad at her. I'll wrastle you.

Quentin Tarantino is a man with a lot of latent anger in his heart/pants due to some kind of sexual trauma inherited from his mother parting her red seas for several football teams worth of black dudes. Store up that seethe and try to give us another good film soon, Quints.

Is a BBC investigative journalist a celebrity? Of course not, but this meltdown is just too good. Who can forget BBC's John Sweeney showing off his outdoor voice after getting counter-hectored by a Scientology spokesman. Nobody in mainstream media saw the irony when they decried Scientology using these precious few seconds of footage in a documentary of their own to portray Sweeney as a deranged bigot.