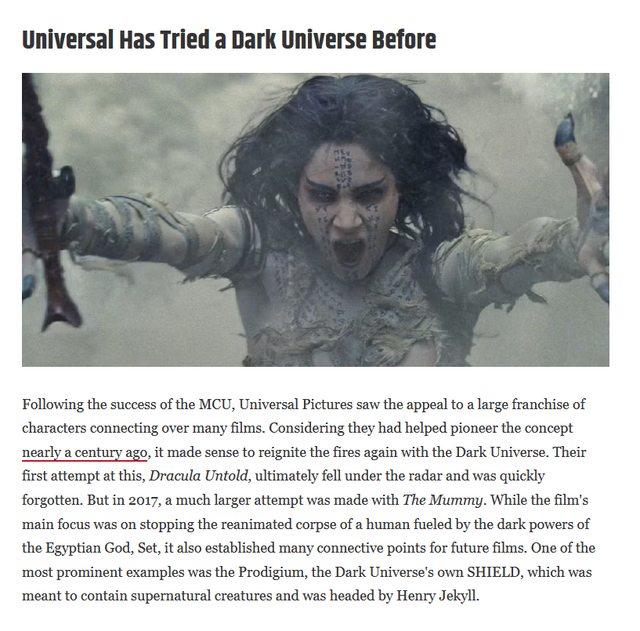 >Universal Classic Monsters have become a foundation for horror and monster movies. But Werewolf may be the key to bringing them back.
>Sadly, despite The Mummy's ambitions, the Dark Universe was put to rest almost as quickly as it was brought to life. While never officially killed, its direction changed drastically with the self-contained release of The Invisible Man. Since then, many have wondered if there was a place for the classic monsters to return and, if so, whether it would be worth connecting them once again. Werewolf has offered a strong case that the best way to reanimate the Dark Universe would be to go back to basics.
>The Universal Classic Monsters could do the same, and by relying on the classic influences that haven't been felt in nearly a century, it would help to reignite interest in its characters. Furthermore, by having their characters feel as though they're a part of another world could make eventually connecting them more plausible.