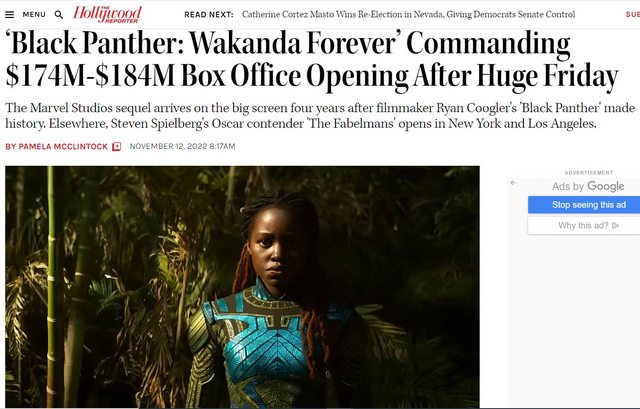 Is this good Bros? Is it hitting its targets to track 1 Bil?

>Wakanda Forever is now expecting an opening weekend gross of $174 million to $184 million domestically, although that number could climb higher depending upon Saturday’s numbers. (Veteran’s Day, which fell on Friday, is making exact modeling difficult). The tentpole’s arrival on the marquee couldn’t have been more welcome after a tough fall for theater owners.

>Heading into the weekend, tracking suggested a $175 domestic million launch for the Marvel superhero sequel. Globally, the film is expected to open to $305 million to $335 million. It is opening in virtually everywhere, excluding China and Russia.