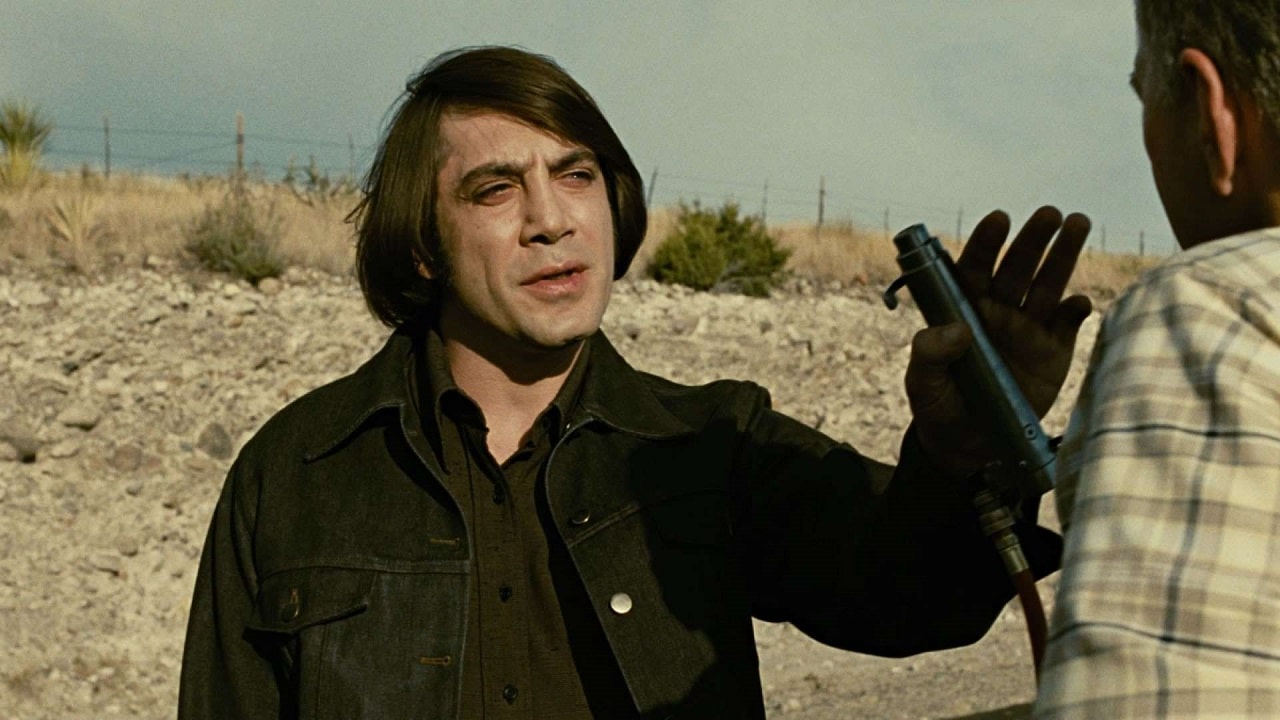 When it comes to many movies, a simple six-shooter just won’t do. Through the years, there have been plenty uniquely destructive weapons to grace the big screen. Below are eleven of the most memorable.

The creepy intrigue of Javier Bardem’s character (Anton Chigurh) is amplified a thousand-fold by his choice of weaponry. While most killers might find a captive bolt pistol (typically used to stun cows before slaughter) to be too much of a pain to carry around, Anton found it to be incredibly efficient. Just the sound of that canister scraping against the ground is enough to give you goosebumps.

“Say hello to my little friend.” Given the ridiculously high frequency that this famous Scarface phrase is quoted, it would be pretty difficult to forget this memorable movie gun. In his final scene, Tony Montana whips this bad boy out and uses it to mow down dozens of people before finally being taken down himself. If you want to get technical, the gun is a M16A1 assault rifle with an underslung 39mm Smoothbore grenade launcher.

Oh, Egon Spengler, you truly are a mastermind of weaponry. While the proton pack (a.k.a. positron collider) is designed to safely and efficiently trap ghosts for easy removal, one simple cross of the streams is all it takes to instantly explode every molecule in your body at the speed of light. While they aren’t exactly the most compact weapons, those Ghostbuster uniforms just wouldn’t look half as cool without one of these bad boys strapped to the back.

Anyone who grew up playing GoldenEye on the Nintendo 64 knows the power of the Golden Gun. Featured in The Man With The Golden Gun, Francisco Scaramanga totes this gun that shoots 23-carat bullets. While there have been several memorable James Bond weapons over the years (honorable mention: Odd Job’s hat), the Golden Gun stands out for its supreme deadliness and unique design.

Who among us has not taken three pencils between our fingers and pretended to be just as badass as Wolverine? Wolverine’s famous adamantium claws made their debut long before he ever found his way onto the big screen, but that doesn’t stop them from being supremely memorable across the X-Men movie series. Grafted directly to his skeleton, these claws are essentially indestructible.

Sometimes, big things really do come in small packages. Initially disheartened by the sight of this tiny gun, Will Smith soon changes his tune when he takes aim and fires. With enough power to obliterate large portions of enemies, as well as knock the shooter back on his ass, this is the perfect stealth gun for the hero on the go.

No name carries as much weight in the world of samurai than that of Hattori Hanzo. In her epic quest to find, and subsequently kill Bill, The Bride’s journey would be far less memorable without this epic weapon.

As Hattori put it himself, “I can tell you with no ego, this is my finest sword. If on your journey, you should encounter God, God will be cut.” While the sword never encounters God, it does meet O-ren Ishii… and slices her head clean off.

While the Evil Dead chainsaw made its debut in the first film, it wasn’t until Ash’s hand became possessed (and lopped off) in Evil Dead II that it eventually found its way onto his wrist. While this is clearly one of the most ridiculous weapons on this list, it makes perfect sense in the offbeat world of Evil Dead.

As far as weapons go, the bullwhip is one of the simpler designs out there. However, that doesn’t stop Indiana Jones from routinely finding new and creative ways to make good use of this trusty weapon. Through the span of four films, Indy has managed to keep his hat on his head and his heart in his chest -– much to the thanks of that crackable whip.

It’s every fanboy’s dream to wield one of these badass weapons in real life. Ever since George Lucas introduced the lightsaber in 1977, the world has been completely enamored by its deadly glow. While replica movie weapons are not uncommon, the sheer availability of “real-world” lightsabers is testament enough that movie-goers will forever love this memorable weapon of the future.