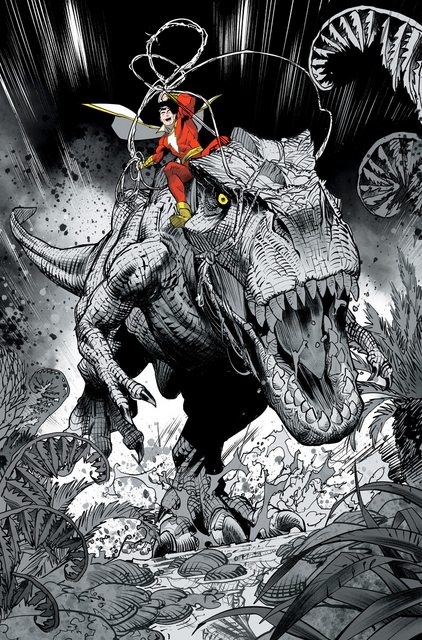 The creative team behind the smash-hit Batman/Superman: World’s Finest, writer Mark Waid and artist Dan Mora, is reunited once again on Shazam!, available in June. Billy Batson is back as the champion in the action-comedy comic about a boy with powers that rival Superman’s and a whole lot of growing up left to do. We’ll see Shazam hanging out at the Rock of Eternity, his secret clubhouse that can travel through space and time, as well as punching dinosaurs in the face, seeing how long he can hold his breath on the moon, and getting into wild and fun adventures with his tiger, Tawky Tawny, by his side.