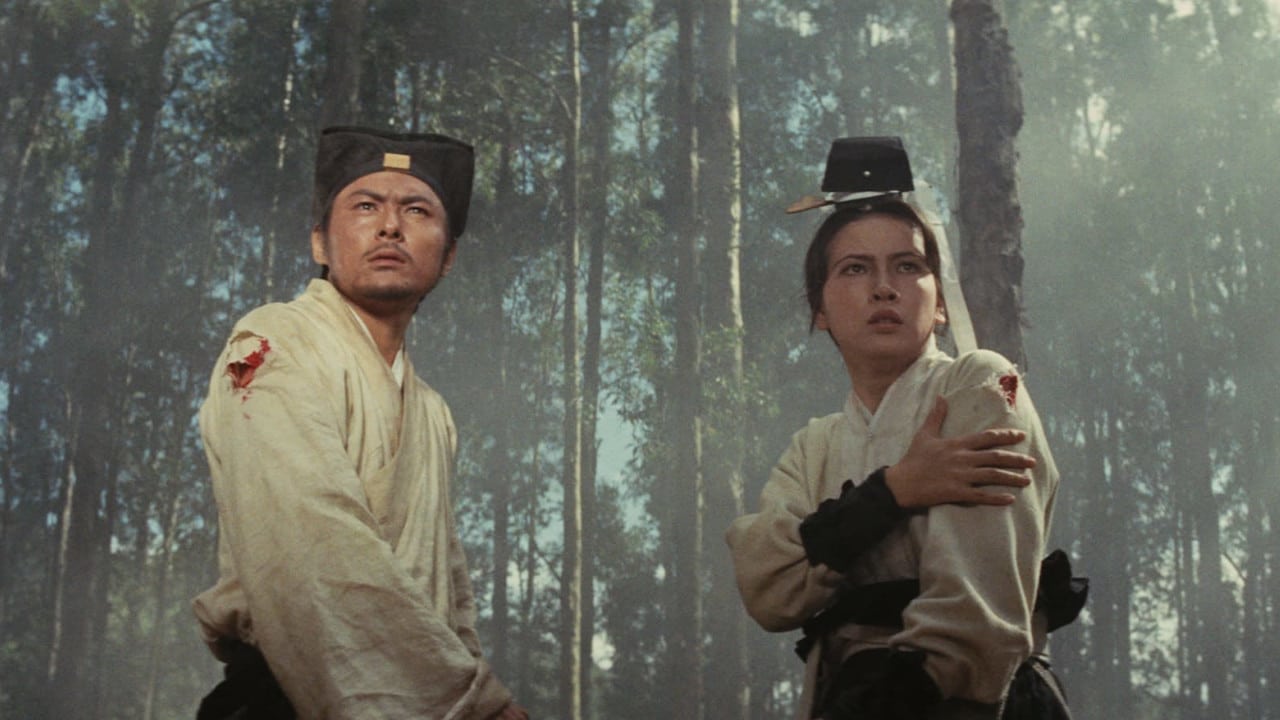 Any kung fu appreciator is familiar with its big names – Jackie Chan, Jet Li, Stephen Chow, et cetera. They’re sort of like the Stallone and Schwarzenegger of Hong Kong action cinema. But for every big-budget martial arts spectacular, there are dozens of cheaper films that also hit the market. But these movies aren’t disposable, and in fact, many of them are just as good as the hits.

Delving into martial arts cinema as a newbie can be pretty difficult. Entry points are few and far between, and once you’ve worked through the all-time classics, it’s easy to get lost in B material. That’s why we put together this list of movies that are easy to miss.

In this feature, we’ll spotlight eleven lesser-known martial arts flicks that deserve a spot on your hard drive or on your DVD shelf. Some of them are silly, some of them are hardcore, but they all bring the action way above their pay grade 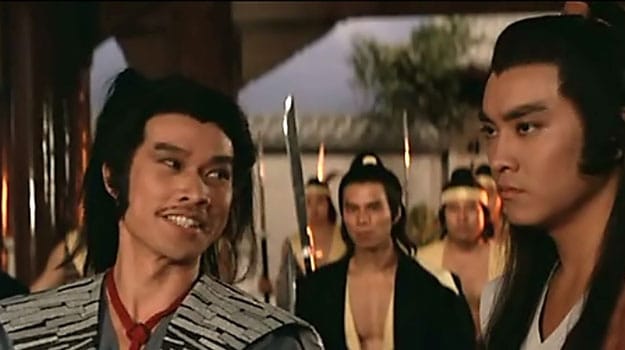 Not available on DVD or VHS for decades, Tong Gaai's brutal Shaolin Intruders fuses a gripping suspense story with some of the most intense and exciting fights you'll ever see. And now you can stream the dang thing on iTunes! When a courier is murdered by a group of monks, a group looking for revenge storms the temple. To gain entrance, they have to pass anumber of tests that make up some of the most vigorous kung fu you've ever seen. The climactic fight between Derek Yee and Phillip Ko Fei is, in our opinion one of the lowkey best in martial arts history, with both combatants pulling out all the stops for the win. 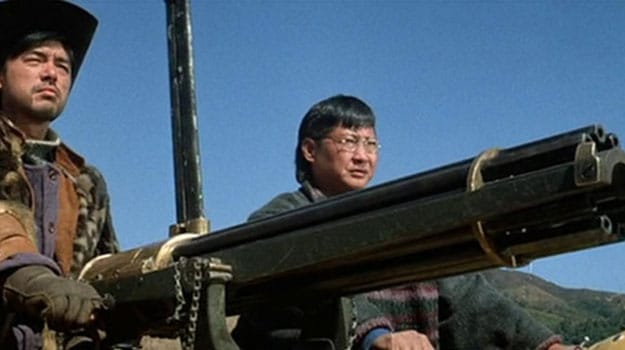 Also known as Shanghai Express, this thrilling Sammo Hung-directed flick is a curious pastiche of genres that somehow comes together. Hung plays a former criminal who plans to help his neighbors by making an express train full of wealthy merchants break down in his home town so the passengers will have to spend the night... and their money. His scheme goes wildly wrong when a crew of bandits, also on the train to steal a valuable scroll, get involved. There's never a dull moment in this one, as it careens from scene to scene and fight to fight with nary a pause. Yuen Biao's climactic leap from a four story burning building might be one of the best stunts ever filmed. 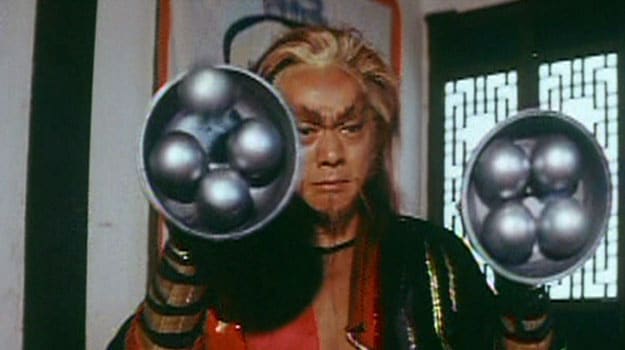 Many kung fu movies take inspiration from traditional Chinese myths and legends, but few go to the insane places Taoism Drunkard visits. The titular character is an alcoholic monk who drives around in a tiny mouse-shaped bamboo car on a mission to find a virgin boy to avert some catastrophe. It just gets weirder from there, as a villain named the Old Devil makes a play to steal a magical scroll and fights the nipple-grabbing Watermelon Monster. Throw in some bumbling henchmen, giant swords, obese women and you have a movie that dives full-on into pure insanity. This one was director Cheung-Yan Yuen's first film, and it's a non-stop orgy of ridiculousness with some of the most inventive fights ever filmed. 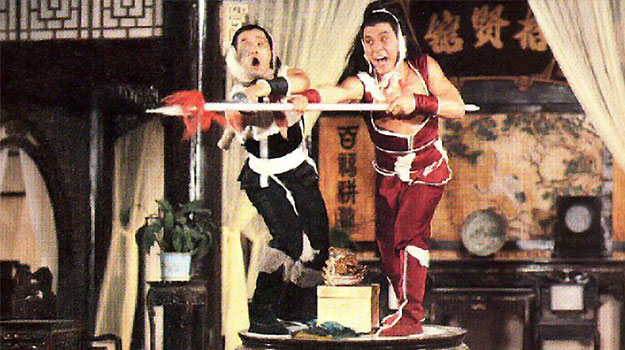 The Venom Mob were the stars of some of the classic Shaw Brothers movies, first banding together in 1978's Five Deadly Venoms. The last movie in which they all appeared jointly was 1982's House Of Traps. The story follows a squad of royal investigators dispatched to steal back a jade statue from an evil prince. He's sequestered it in the titular trap house, which is a labrynth of deadly hidden blades, spikes and other murderous constructions. It's often incoherent and overstuffed, but director Chang Cheh is in top form with lots of wild zooming and crimson blood. 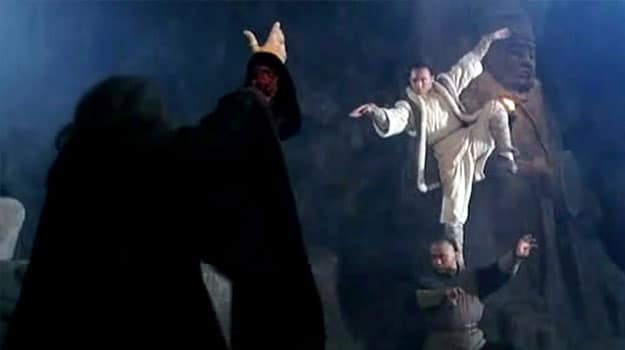 Ringo Lam's 1994 flick was a bomb at the box office when it was released, but the years have been kind to it and now Burning Paradise serves well as a sort of time capsule of what the martial arts world was like in the mid-1990s. Willie Chi stars as legendary fighter Fong Sai Yuk, battling to defend the Shaolin Temple from Manchurian persecution. This is all just an excuse for fast-paced battles in some pretty crazy sets. The temple that hosts most of the action is riddled with booby traps and obstacles, leading to some exciting action and chase sequences in between the fisticuffs.

A Touch Of Zen 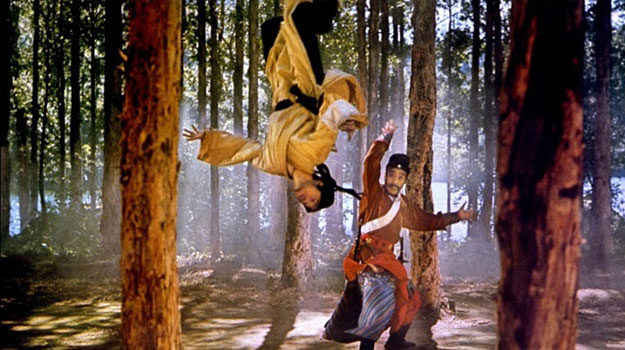 Crouching Tiger, Hidden Dragon introduced Western audiences to wuxia, the movies that incorporate supernatural elements and swordplay. But one of the best movies in the genre remains shockingly underrated. A Touch Of Zen tells the story of a young artist who befriends a female fugitive on the run from a vicious eunuch and his cronies. A Touch Of Zen ramps up the symbolism behind the fisticuffs in truly progressive and unique ways, creating a martial arts film that was hugely influential. This one got a Criterion Collection release, so it's better-known than some of the other flicks on this list, but it deserves even more acclaim. 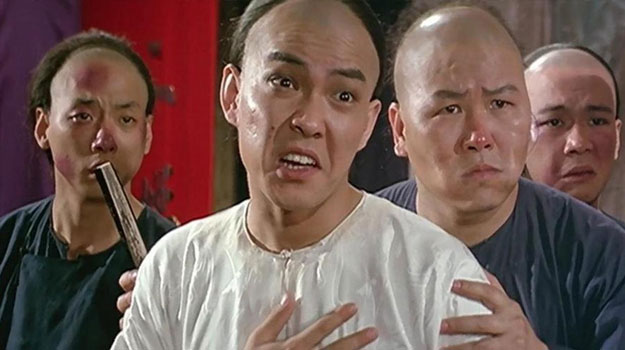 Yuen Biao is a fave actor for kung fu heads - he came up in the Pekin Opera School with Sammo Hung and Jackie Chan, but never broke through in the West like those two did. Biao is known for his incredible physical gifts, starting his career as a stunt double for Bruce Lee. The Prodigal Son is one of his best movies. In it, he plays the son of a rich man lazily studying kung fu while his father pays off his opponents to make him look good. When he gets into a fight his daddy's money can't win, he's inspired to get serious. Incredible fight choreography elevates this one into the upper echelon. 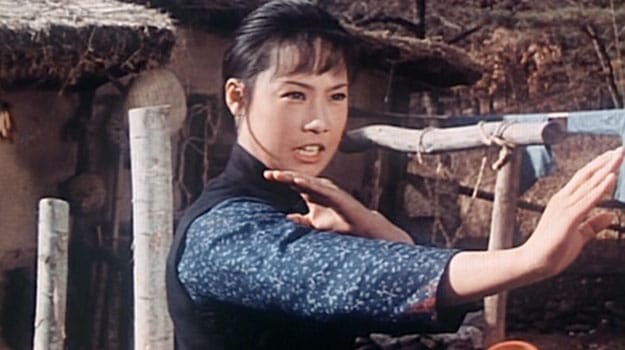 Female martial artists were represented almost equally with men during the genre's heyday. Angela Mao is probably best known in the West for her small role as Bruce Lee's sister in Enter The Dragon, but she was a fearsome fighter in her own right, and Lady Whirlwind is one of her iconic roles. As Tien Li-Chun, a woman seeking revenge, she beats the living hell out of swarms of Japanese gangsters in fast-paced, ultra-kinetic battles. Although the plot is a bit thin, the choreography and Mao's captivating presence make this one well worth watching. 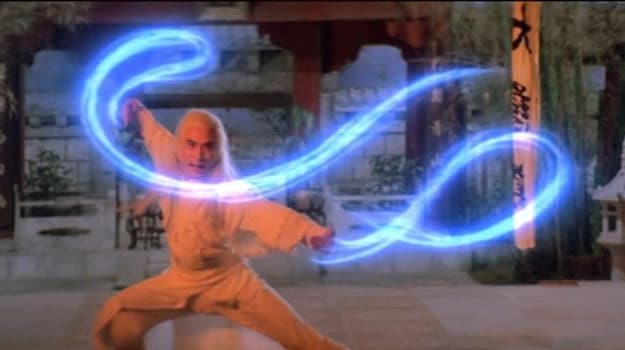 This 1983 Shaw Brothers wuxia film is a true forgotten classic. Every ten years, the Wudang Clan and the Invisible Clan engage in a battle to determine the dominant school. This time around, the titular bastard (played by Hsu Shao-chiang) is being taught the mysterious Silkworm Style, and what starts out seeming like an ordinary battle between two schools transforms into something significantly more epic. Some of the best martial arts flicks take side trips into the supernatural, and The Bastard Swordsman is one of the best examples. It was a major influence on John Carpenter for Big Trouble In Little China. 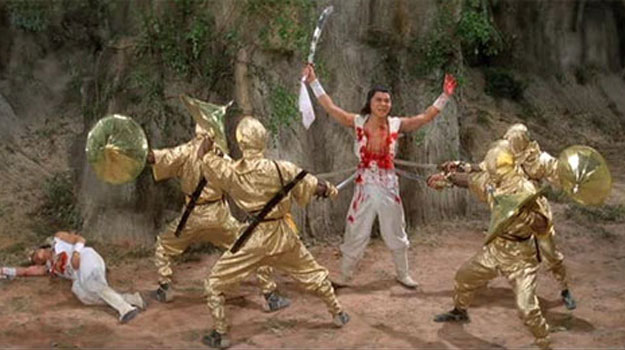 One of our favorite tropes in kung fu cinema is the concept of ultra-powerful fighters from other countries coming to China to wreck shop, and Five Element Ninjas is the apotheosis of that idea. When an evil school brings in Japanese fighters to take over, the good guys must learn ninjitsu to compete. Director Chang Cheh ramps up his stylistic quirks to epic levels here, with immense, gory fights that devolve into slapstick bloodbaths and wild camera movements. Although the budget was low, Cheh always let his imagination flower, and this one will keep you captivated. 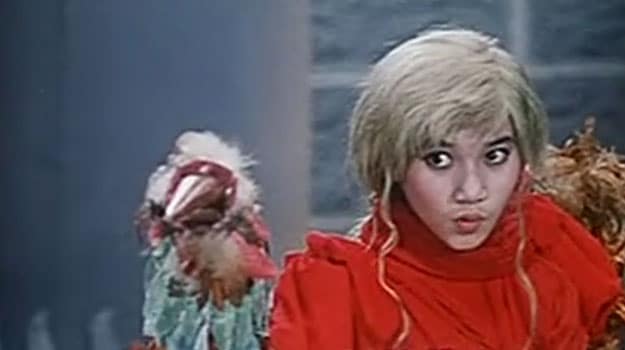 The traditional folk tale of Momotaro, the magical boy who hatches from within a peach and travels to battle a demon lord, has been adapted countless times. Magic Of Spell might be the single weirdest. As directed by Chui Chung-Hing, this movie is a tornado of slapstick comedy interspersed with wild wirework fights. The evil demon lord is obsessed with drinking the blood of virgins, adding some gruesome horror to the proceedings. What earns Magic Of Spell a spot on our list is its relentless imagination. One scene is barely over before the next comes roaring in, and you barely have time to process how insane the whole mess is.

What do you think? Do you have the chops to step to our martial arts knowledge and suggest a film we missed? Train harder before you attempt to storm the temple of Shaolin!