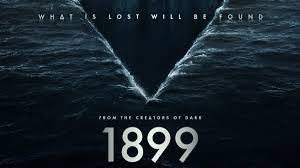 >turn on Netflix for first time in forever
>preview for 1899 starts automatically playing
>oh shit, is this the new show made by the Dark creators? Favorite modern tv show
The preview scene is two British women talking
>are you a doctor???
>kind of, I study the brain but I'm not allowed to practice because I'm a wahmen
>ugh, of course, hey do you see that guy over there? He's a doctor and so was his dad. He's only a doctor because he was born a boy
Holy fuck, 0% chance I watch this dog shit. Why is every single person in show business a low IQ leftist? How could you be a self respecting man and direct this scene that your wife wrote? Dude should legitimately commit suicide.