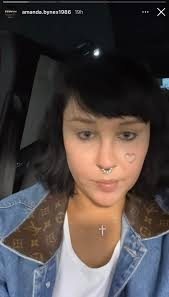 >In October 2014, Amanda Bynes accused her father of emotional and sexual abuse in a series oftweets; after her parents protested and claimed innocence, Bynes tweeted that her father had never abused her adding: "The microchip in my brain made me say those things but he's the one that ordered them to microchip me"